It's been a bit since we had a show, but it's been a busy month for me and with the holidays and such we've lost a few weeks.

But that's the great thing about music, with a little age it just gets better and better.

Tonight I chatted with  Bluuze Mama Juanita Dixon.  She is a sensational entertainer, that certainly livened up my night when I met her at Heidi's Jazz Club.  This blend of Jazz and Hot Blues is unforgettable. Dixon has toured Europe with her music and Ft. Lauderdale is very lucky to have her as a resident. Enjoy the interview and I will see you in the nightlife on the next Stormy Monday Show. … 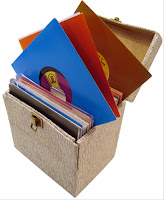 The Stormy Monday Show was in full jazz mode tonight; we were instantly romanced by James Moody's " Moody's Mood For Love"; Al Jarreau brought us the much needed "Cold Duck" Time; and,  Art Tatum serenaded us with his beautiful piano on Moonglow. Even James Brown kept it jazzed with “That’s My Desire".
I was so happy to share Comme Ci Comme Ca from Dr. Michael White's CD Blue Crescent with you. It was his first effort after the Katrina disaster and is filled with nice, upbeat tunes, and few somber tracks. And of course there was more, there always is on The Stormy Monday Show. Listen in on it and find out for yourself. 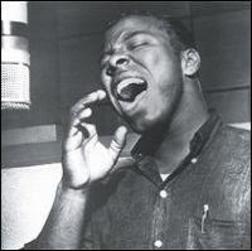 It's easy to assume that when a musical sensation suddenly bursts on the scene that they are going to be an instant success.  After all you never head of them and yet, the next day, there they are.
Garnet Mimms became an “instant success” after many years of musical obscurity. Raised in Philadelphia, his first influences came from the church.  He performed with many gospel groups while still in his teens and cut his first single in 1953. Eventually he switched to R&B/ doo- wop and had varying degrees of borderline success with a few record labels.
Magic finally happened for Garnet when he moved to NYC in 1963 and met with the killer songwriting team of Jerry Ragovoy and Burt Burns, who signed Mimms' group to the United Artists label.
Success came fast after the release of "Cry Baby" with Garnet Mimms and the Enchanters, but ‘Baby Don't you Weep' and 'For Your Precious Love’, set the arrival of Garnet Mimms in stone.
Garnet put out other very good tunes and was often compared to Sam Cooke, but his records were not as well appreciated by the public.  By 1967 Mimm's career was waning. In the 80's he turned to Christian music and started a prison ministry.
Garnet Mimms, born Garret Mimms (now Reverend Mimms) was born in 1933. He is still producing Christian music. His last CD was released to good reviews in 2008, titled “Is Anybody Out There"?…
Continue

Why do you want to join Black Business Women Online?
Connect with others

If your answer to the previous question was 'other', please specifiy here:
The Practical Cafe

What are your most common online activities?
Bloggging and talking about music.

BBWO Members recieve our weekly newsletter with featured business news, discounts, and tips! Would you like to signup for the BBWO Money and Marketing Newsletter?
No

To those who are willing to Sow $10, It will Multiply.To those with FAITH work. http://ning.it/gbG7FJ

Ms. Antriece said…
WOW! I truly enjoy your voice... I look forward to following you on twitter. I am on twitter too. It is a MUST u check my page and then you will understand my passion for Jazz. It's going to make your day... I promise. Also, I am on Oprah.com click this link to VOTE: http://myown.oprah.com/audition/index.html?request=video_details&response_id=4228&promo_id=1

Welcome to the network! Please take time out to view the group 'Sistas Lovin Freebies. We have just been featured here on the Black Business Women Online Network(BBWO). Check us out! Here is a FREE gift just for being YOU!

The book has 30+ recipes for appetizers, main dishes, desserts, drinks and more..

PB31 Woman said…
Welcome to BBWO: I encourage you to take advantage of all the opportunities available on this website. It provides a wealth of business knowledge and tools. I extend an invitation to you to PROMOTE YOUR BUSINESS on my page. Please feel free to add me as a friend